Cody E. Vaughn April 6, 2022 Journalist Comments Off on A local journalist-turned-author developed her love of reading into inspirational books for teens 6 Views

Ever since she begged her older sister, then in grade one, to teach her to read, Mary Cronk Farrell has been a voracious reader.

“I never stopped,” she laughs.

As a child, she loved historical fiction and mysteries, like the quintessential Nancy Drew series.

Today, Cronk Farrell writes the kind of books she wanted to read as a child: non-fiction about often overlooked women in history.

Her most recent book is titled “Close-up on the war: the story of pioneering photojournalist Catherine Leroy in Vietnam”.

As a child in Deming, Washington, a small town in the shadow of Mount Baker, Cronk Farrell read constantly.

Her family was full of readers too, she said. As an adult, her habit of keeping piles of books around her house was something she considered a weird quirk, but when she went to visit her aunt she was reminded that it was hereditary. .

“I walked in and there were piles of books everywhere and I was like, ‘OK, that’s no problem, this is who I am,'” Cronk Farrell said.

When she was thinking about choosing a career, her mother would always step in and say, “You’re going to be an author,” Cronk Farrell recalls.

At the time, Cronk Farrell thought of authors as people who sat at a typewriter all day.

“I just thought it would be too boring and I couldn’t see myself doing that,” Cronk Farrell said.

During an academic visit to Gonzaga University, she met Rod Clefton, a professor in the school of communication.

Clefton shared his vision of how “journalism could be a force for good,” Cronk Farrell said, tearing at the memory.

She enrolled in Gonzaga the following year.

“Journalism was definitely exciting,” Cronk Farrell said. “I found it to be a lot of fun, just the whole nature of the news and being there in the moment and trying to figure out the story.”

She worked at KXLY for about six years before moving to Seattle and then back to KXLY. Then a mother of three, Cronk Farrell decided to focus on raising her children and retired from broadcast journalism.

She began writing articles for local publications on her own with the idea that one day, when she retired, she would write children’s books.

“The learning curve was long”

Cronk Farrell attended a workshop led by a local writer, founded a writing group, and joined the Society of Children’s Book Writers and Illustrators.

She intended to write picture books, but soon discovered she was a natural lifelong writer, Cronk Farrell said.

The more she learned about the publishing industry, Cronk Farrell realized it would be a “very long journey” to get a book published.

“I was really glad I didn’t wait until I was retired to start,” Cronk Farrell said.

Her first book, “Daughters of the Desert: Stories of Remarkable Women from Christian, Jewish and Muslim Traditions” was published in 2005.

“It’s just amazing to hold a book that belongs to you in your hands,” said Cronk Farrell.

Then she started working on historical teenage fiction in the form of “Fire in the Hole!” a story about a northern Idaho labor miner in the late 1890s.

Although the book received good reviews and won awards, it was not a big seller, Cronk Farrell said. She submitted a second novel to her publisher but it was not accepted.

She continued to work on books, but the 2008 recession had limited the number of works publishers were accepting, Cronk Farrell said.

Around this time, she came across the story of Fannie Sellins, a labor activist from the early 1900s. She had written a manuscript about her but found no one to buy it.

Publishers “would rather get a new angle on George Washington than publish a book about an unknown person,” Cronk Farrell said.

Amid this frustration, his cousin asked him to read his article about the dozens of American military nurses who were captured by the Japanese during World War II and spent years in prison camps.

“I couldn’t believe I had never heard of these women,” she said.

At the time, there were only two books written about nurses, which Cronk Farrell quickly ordered and read as fast as she could.

“It was so amazing I couldn’t believe it,” she said. “I just felt like it had to be a book. People need to know about these women.

Cronk Farrell had just read a book called “Almost Astronauts: 13 Women Who Dared to Dream” by Tanya Lee Stone and was hoping to write about nurses in a similar style.

She took the book to her agent, “to prove that books could be written about women whose names we don’t know,” Cronk Farrell said.

Soon after, she sold her 10-year-old manuscript on Sellins, published in 2016 as “Fannie Never Flinched: One Woman’s Courage in the Struggle for American Labor Union Rights.”

“To me, it’s really about those women and I feel like everyone should know about them,” Cronk Farrell said in tears. “Most of them were really going against the grain of what was acceptable for women.”

“It was like opening an incredible valve,” she said.

The foundation that owns Leroy’s photos, Don Catherine Leroyallowed Cronk Farrell to use many of Leroy’s images in the book, which Cronk Farrell hopes teaches young people two lessons.

“Catherine (Leroy) was wildly successful at a very young age in a very short time,” Cronk Farrell said. “And the reason she was was because she wanted something and worked really hard to get it.”

Leroy had a natural talent, but she couldn’t have succeeded in the male-dominated field of war photography without her “guts and guts,” Cronk Farrell said.

Cronk Farrell hopes young people will learn from Leroy’s story that “to be successful at anything big, it takes a lot of determination, hard work and self-belief.”

She also hopes to shed light on the importance of journalism for democracy, especially in an age when partisanship and opinion dominate much of modern media.

“This young woman was ready to die to take the pictures that would show the world what was happening in Vietnam,” Cronk Farrell said. “You can hold that for someone going on a talk show and pontificating and you can see there’s a really big difference. There is no comparison in my mind between these two things. I hope this book will help young people clarify that. 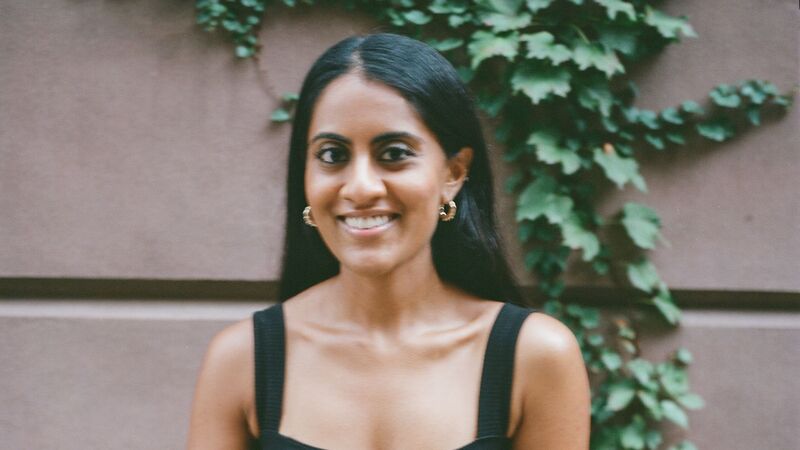